An Arctic community seeks to understand how to use and benefit from new climate models prepared by another country’s meteorological service and distributed online. Residents of two neighbouring countries address complex environmental, technological, and civic implications of a new high-speed train line connecting them, using both physical demonstrations and social media. Activists opposed to the construction of a new natural gas production plant collect and disseminate information through WhatsApp and Facebook about pollution associated with similar plants – as well as organize public actions.

Each of these examples shows the complexity of analyzing “public engagement with science, both online and off” in the context of communities addressing problems in their local context. The scientific topics vary from global mathematical models to local ecological measurements; the information flows range from print pamphlets to WhatsApp and Facebook groups; the stakeholders range from government agencies to research institutions to community groups to local governments.

From this complexity emerge recurring questions: How do different stakeholders within communities get information? How do they share information? How do the different sources of information acquire (or lose) authority? Who listens to whom, how, and to what effect? The online component adds another layer: Who has access? Is all access the same? Who controls or shapes the digital discussions? How do different sites for discussion – WhatsApp, Facebook, an agency blog – compare in their operation, both among themselves and in relation to more traditional sites for discussion such as city halls and school auditoriums?

Yet the core question remains the same: How do communities engage with science and scientists engage with each other to address critical societal needs? 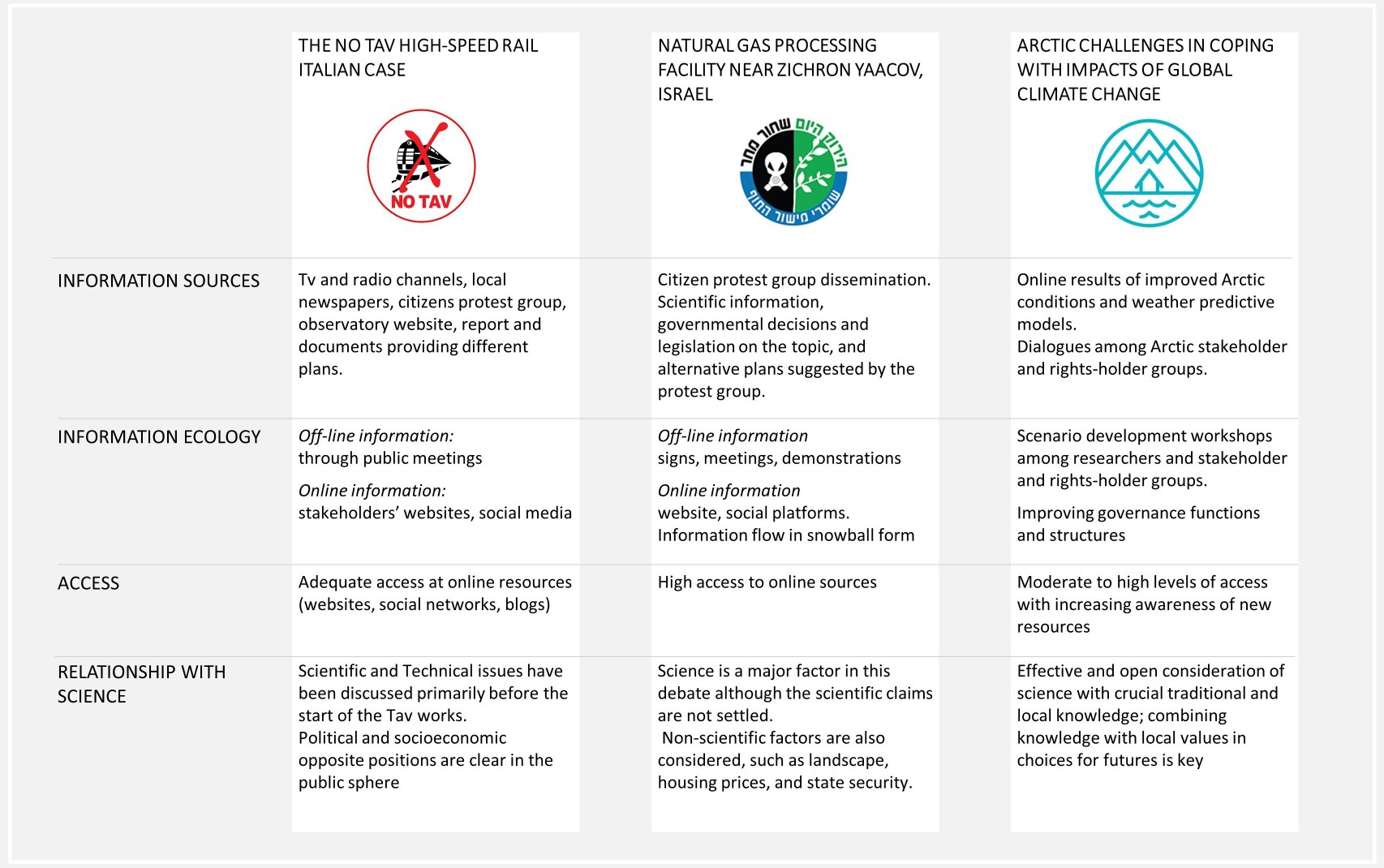 As we examined a series of examples, we found recurring themes:

We illustrated these themes using three cases, described at length at the end of this post. We start with a long-standing case study of the NO TAV High-Speed Rail in Italy, followed by a recent case of the natural gas processing facility in Israel, and finally studies of local consequences, modelling, and global interdependencies of climate change in the Arctic.