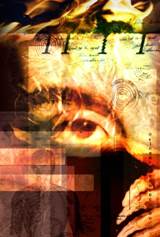 Scratching invented by Grand Wizard Theodore in 1977. Famous story is his mom burst into his bedroom in the Bronx asking him to turn down the music and he stopped the record with his hand and discovered scratching.

The post-it. 1974. Art Fry came up with idea of using a reusable weak adhesive developed by a colleague at 3M to anchor a bookmark in his hymn book. Thus was born the post-it.

Jail-breaking the iPhone.  In 2007 a hacker George Hotz unlocked the iPhone which eventually generated the whole apps industry.

Guitar feedback. 1967. Although other guitarists probably discovered it before him, Jimi Hendrix made it famous.

The round kettle grill. 1952.  Better known as Weber barbecue. George Stephen Weber, father of twelve, sawed a marine buoy in half and thus invented the famous backyard grill.

LEO 1 (Lyons Electronic Office 1) 1951. J Lyons a famous catering company in the UK (think Lyons Tea House) wanted to apply computing to business so invented the first computer used for commercial business applications. So in this case the user is a company.