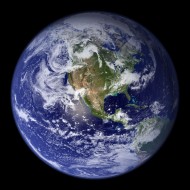 When the first large-scale international conferences of science communication practitioners, educators and researchers took place in the early 1990s, the panorama was very largely restricted to western Europe and north America. But the PCST (Public Communication of Science and Technology) series of conferences now attracts more than 600 participants from over 60 countries in all continents; proposals of contributions to the 2012 conference came from over 50 countries.The World Congress of Science Journalists (700-plus participants from 73 countries in 2013) and the professional conferences of science museums and centres attract similar numbers and distributions of participants.

As an inherently international system, modern science has diffused institutional structures and practices across the continents from its earliest days. In an increasingly globalised world, these processes have accelerated and intensified and, with cross-continental collaborations and movement of personnel, ideas and attitudes have also spread. This includes ideas and attitudes on the place of science in society and on scientists’ social roles. Partly based on this shared culture of scientists, but also driven by other globalisation factors in politics and economics, science communication has over a relatively short period become a world-wide phenomenon.