New data from the Science and Technology in Society Monitor by Observa, presented during the Seventh World Conference on The Future of Science held in Venice.

Most Italian citizens have high expectations towards neurosciences, especially with regard to therapeutic applications: 71,6% of respondents believe that they can find a cure for diseases such as Alzheimer’s or Parkinson’s. More than six out of ten feel confident that research in this field could understand the development of human language.

On the other side, most Italians attribute a very narrow domain to neurosciences. Only two out of ten believe that they can address behavioral dependencies such as alcohol and drug addiction. Even lower (just one out of ten) the number of respondents believing that it should be neurosciences to primarily deal with matters like sadness and unhappiness, love and affection, conscience. Only 4,6% believe that neurosciences are able to study spirituality significantly.

On these issues, the public restricts considerably the role of neurosciences compared to other domains. Most respondents, especially women, consider psychology to be best suited to investigate most of the above-mentioned issues. The exception is spirituality, recognized as a typical domain of religion. Regarding the study of affection and conscience, even philosophy is assigned a more important role compared to neurosciences.

Looking at differences within public opinion, it is possible to note that expectations towards neurosciences increase with the rise in education, scientific literacy and exposure to science in the media: more than three out of four among the most educated and competent expect significant therapeutic outcomes. However, in some cases, the priority of competence attributed to neurosciences decreases precisely among the most informed and literate groups.

According to Massimiano Bucchi, Professor of Science Technology and Society at the University of Trento, and one of the speakers of the Seventh World Conference on The Future of Science which started last held in Venice, «public perception of neurosciences experiences – perhaps even more strongly – a dichotomy that is typical of public representation of science, especially in Italy. Relevant expectations at practical level are counterbalanced by a hesitation to recognize neurosciences as a field capable of dealing with – and providing answers to – the great questions».

The results of the Science and Technology in Society Monitor survey were presented during the Seventh World Conference on The Future of Science held in Venice. 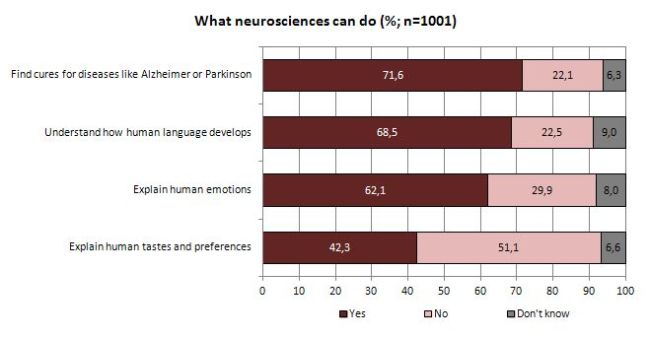 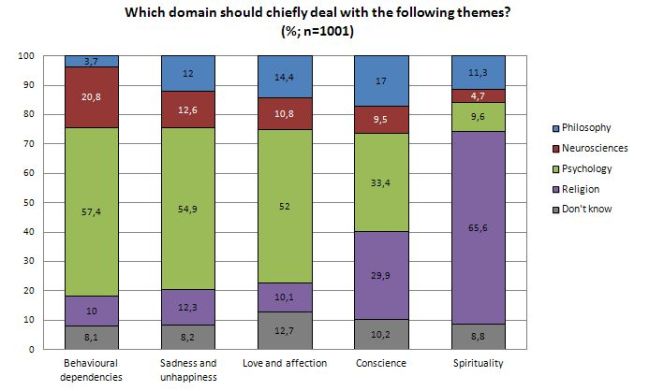 Since 2002, the Science and Technology in Society Monitor has been the first permanent observatory on the attitudes of Italian public opinion towards research and technological innovation. The observatory is an initiative of Observa Science in Society, with the support of the Compagnia di San Paolo.

CATI survey conducted on a sample of 1.001 subjects, stratified by gender, age and geographical area of residence, representative of the Italian population aged 15 and over.

Observa Science in Society is a non-profit, independent, legally recognized research center promoting the study and discussion of the interaction among science, technology and society, with the aim of stimulating dialogue among researchers, policy makers and citizens.