We provide you 5 keywords to understand the debate on science communication.

The first word is popularization.

Popularisation is the term with the longest tradition among those used to describe a wide range of practices in making scientific information accessible to general, non-expert audiences. During the 18th century, science popularisation gradually defined itself as a distinctive narrative genre, often targeting in particular female readers as supposedly ignorant and curious – “symbols of ignorance, goodwill and curiosity”.
Further channels of popularisation emerged later, with scientific discoveries frequently featured in the daily press, science museums, public lectures and the great exhibitions and fairs that showed visitors the latest marvels of science and technology. Particularly during the second half of the 19th century, popularisation and popularisers profited from changes in the publishing business and the increasing reading audience to become influential voices, but their success also testified to the increasing relevance of science as a cultural force.

After World War II, the new global and policy landscape redefined popularisation in conceptual and even ideological terms, particularly in the US and Western Europe. Popularisation was expected to “sell science” to the broader public to strengthen social support and legitimation.

When a new phase of critical reflection on the role of science in development and (more broadly) in society opened, spurred by environmentalist, anti-war and anti-nuclear movements, the concept of popularisation also came under criticism as embodying a paternalistic, diffusionist conception of science communication. More recent conceptualizations have reappraised the term, considering it suitable to describe specific types and contexts of communicative interactions among science and the public. 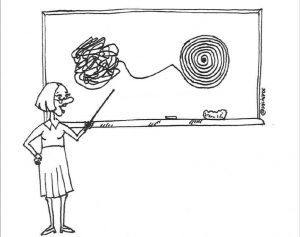 Deficit is a central concept in identifying the intellectual (or ideological) foundations of certain science-in-society ideas and practices and enabling their critique. Two assumptions often underlie this concept:

a) public opinion and political decision-makers are misinformed about science and the issues raised by its development;

b) this misinformation is fuelled by inadequate and sensationalist media coverage of technoscientific topics. This situation is seen as being exacerbated by poor training in basic science and a general disinterest among the institutions and the cultural intelligentsia in scientific research.

Consequently, citizens and political decision-makers are seen to fall prey to irrational fears which fuel their hostility and suspicion towards entire sectors of research and technological innovation (e.g. nuclear energy, GM foods, stem cells). From this perception arises the need to propose initiatives covering the gap between experts and the general public, reversing public attitudes towards science and technology or at least attenuating their hostility. Such emphasis on the public’s inability to understand the achievements of science – according to a model of linear, pedagogical and paternalistic communication – has warranted the label of “deficit model” to this view of the public understanding of science.

From the early 1990s, several scholars have criticised the deficit approach by highlighting the weak empirical foundations of its assumptions and the limited results achieved by the communicative actions it has inspired. Critics of the deficit-based approach do not deny that relevant awareness problems may exist across publics (see Publics below) on issues related to science but suggest that this is not the best starting point: focus instead, they say, on what the audiences do know and on their questions and concerns.

A more traditional notion of missing knowledge of facts (scientific literacy/illiteracy) remains widely assumed in contemporary science-in-society practice, notably in contexts where there are perceived problems of anti-science, pseudoscience and superstition. 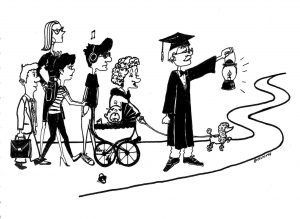 Dialogue came to be presented as the acceptable alternative to the deficit model from the late 1990s as public concern over certain science and technology issues became evident – despite significant communication efforts – and demand for involvement in such issues increased. Multiplying examples of non-experts or alternative experts actively contributing to shape the agenda of research in fields like biomedicine have led to rethinking the very meaning of science communication in several arenas. For example, a frequently cited report of the House of Lords in Britain acknowledged the limits of science communication based on a paternalistic, top-down sciencepublic
relationship and detected a ‘new mood for dialogue’. In many countries and at the European level, funding schemes and policy documents shifted their keywords from public awareness of science to citizen engagement, from communication to dialogue, from science and society to science in society.
The claimed shift from deficit to dialogue remains a powerful narrative in public communication of science. The two approaches are widely seen as distinct and one as inherently superior to the other. The shift is often stated as an irrefutable fact: commentaries speak of the ‘dialogical turn’ as a historical change that has taken effect across Europe, and more widely. Dialogue and related approaches are now much more frequently proposed and enacted than those that might be defined as deficit based, at least in Europe, Australasia and North America. However, closer examination reveals a complex picture; for example, the striking case of Denmark – long associated very strongly with pioneering dialogical initiatives – where there is an apparent reversal of the trend. The study of this case links to a thread running through the research and reflection of the last decade of scepticism about the scale, or even the reality, of the claimed shift to dialogue. It has been suggested, for example, that dialogical approaches may be used in order more effectively to remedy public deficits. It has been argued that some dialogue methods are not genuinely two-way, in that the original sponsors of the communication (generally scientific or policy institutions) stay in control and the citizens taking part have no significant influence on the final outcomes. There is yet another strand to the discussion of the communication and cultural practices that draws attention to the possibilities and pleasures of dialogical events which are not oriented to specific political or informational end goals but rather to the process of taking part . In science cafés, a spreading form of science communication, the satisfaction for those involved may reside in the exchange itself rather than anything beyond  it. Engagement has become, in many countries, a prevalent term to describe a wide range of science-in-society practices in policy, education, information or entertainment contexts. Engagement can refer to the actions and attitudes both of knowledge producers and of various sectors of the public. When researchers, for example, go to the streets to talk about their work, this may be called public engagement. Equally, the attention and interest shown by their audiences may also be called public engagement. In some cultural contexts, especially in Britain, public engagement is as comprehensive a term as public communication; the acronym PEST (public engagement with science and technology) is used as the catch-all term in preference to PCST (public communication of science and technology) or PUS (public understanding of science).
The change of vocabulary carries with it, at least implicitly, a shift to an understanding of relations between the partners in the process as more equal and more active.
Different levels and modes of engagement are envisaged, for example, by reference to downstream and upstream engagement. The latter has been proposed for
priority attention on the basis that early involvement of the public in discussion and eventually negotiation of new developments in science and technology will likely lead to more satisfactory outcomes for all involved, and specifically to knowledge that has earned public trust. The case of GMOs and crops is cited as an example of late, or downstream, public engagement; citizens in many countries across the world were presented with products ready for use and, in many cases, they reacted in a hostile manner. In Europe, in particular, governments, researchers and businesses applied what they saw as the lessons of that experience when they sought to ensure earlier (upstream) engagement with nanotechnology. Public engagement activities are nowadays regarded, in several countries, as a relevant dimension of the mandate – as well as a responsibility – of research institutions in the context of the so-called third mission of universities. On this basis, scholars and policy-makers are discussing
the most appropriate indicators to identify and analyse the range and impact of such activities.